I thought today was going to be a pretty cautious day out 4wding down to the start of Sandy Cape Beach so James and Sam could test out there new 4wd’s but how wrong was I it turned out rather eventful.

We stopped in the usual spot in Temma to air down the tyres and have the usual yaffle.  The track on the way in wasn’t to bad there where a couple of deep holes but they all have pretty hard bottoms. So we got to our next stop without much trouble to enjoy the beautiful day and beautiful view.

From the same spot looking over Gannet Point. After this little pit stop we continued on down to the Sandy Cape Beach.

We herd that only a week or to ago someone lost there 200 series landcruiser down on the first river crossing (Thornton River). That would be an expensive painfull mistake, we didn’t see anything but it may of been recovered. The Rivers wern’t to bad considering the rain we have had this winter you just had to pick your time well.

The beach was also pretty good too so we got to the southern end of the beach without to much trouble, we just had to wait for the Speed Demon Stew in the hilux to catch up. (This is where things started to get interesting) We decided to try and get into Hortons camp spot to check it out after all the rain and have a bit of lunch but the track we normally take was a bit sketchy but Bradley had a real go and made it up but the only problem was a bank jumped out in front of him and dented the front guard.

So we decided to go the long way around but this was also short lived.

(Thanks Seth for the photo)

I watched Stew drive through this and he was further over to the left hand side and it looked deep so i took a gamble and decided to hug the bank but that was a bad idea it was deeper and the bottom was softer so i got stuck and filled me beloved 4wd up with water so now i have the painfull job of pulling everything out and drying it out.  Thanks Tim Arnold for pulling us out. Once i was out no one else was keen to go through, so we negotiated Stew back through and took option number 3 and went to try find a spot for lunch up near the lighthouse but even that was a challenge and i was repaying the favor to Tim

So after this, 2 and a half hours later we finally found somewhere to stop for lunch.

(Thanks again to Seth for the photo)

If the water was slightly warmer and i had me diving gear i reckon i nearly would of jumped in.  After lunch we scince we where so close we decided to go to the Sandy Cape Lighthouse to have a look but it took all but 2 min and Bradley got stuck, the drop off was slightly more than he anticipated.

So we levelled him back up and we where on our way again.

After this we thought we better start heading back. (This is usually the time we all say we wish we brought the swags) Me, Bradley, Stew and Beno 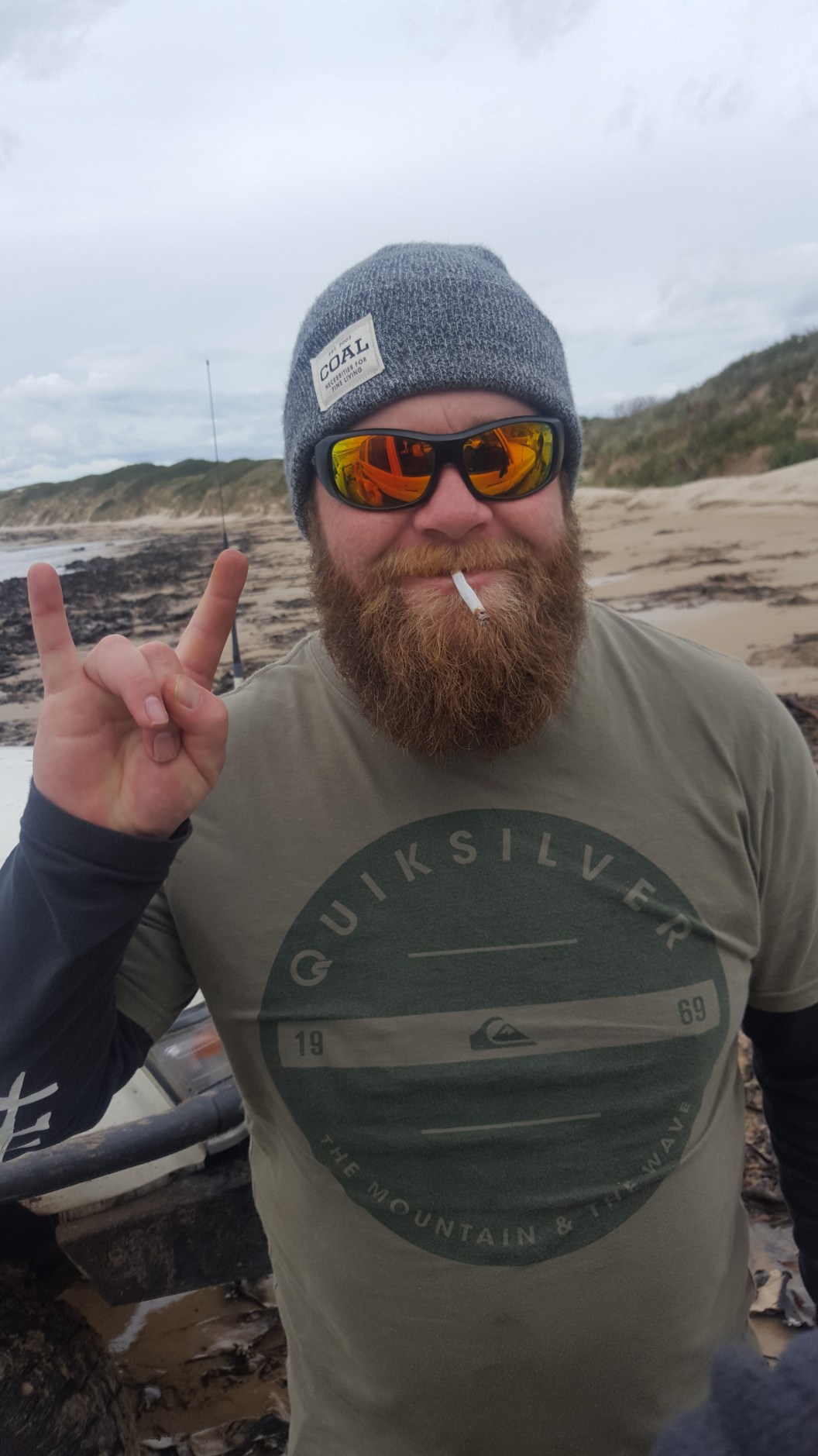 Made it back to the beach without any issues

There where a few rocks to negotiate and the most rotton stinking kelp that i have ever smelt to drive through. (its worse than my farts after a few to many beers) We thought we’d better wait for the others to catch up before moving on so we waited and waited, tried calling them on the radio but no response. We thought we would drive back through that horrible rotton kelp to find them. Little did we know that James had decided to join the party and get bogged and then Sam got stuck pulling james out and Tim saved the day again and they where on there way. We finally got underway northbound on the beach and at stages even getting some speed up around 80 clicks and as usual we are all like little kids trying to beat each other,(its all part of the fun) Sam was was in front of me and i was coming up beside him we got a bit close  to touching there at one stage but little did we know that we where on a race too the quicksand it was just very lucky for us that the tide was on our side and the sea was relatively contained at the time

Was still very nervous at this stage and its the first time i have been bogged on this beach.

(Thanks Sam for the photo)

With a little help from the max tracks (thanks James) and Bradley’s winch we where on our way again a little more subdued this time.

Sam, Stew and James coming back over the Thornton. After we all crossed over we thought that that might of been the end of our troubles for the day but James had 1 more trick up his sleave, he got bogged and bogged well

Bradley had a go at trying to pull him out but the 100 series is just a bit to heavy for the lux.

So i had a go and struggled and obtained whiplash it was like been tied to a completely solid object and taking off at a great rate of knots but we got there, on about the 3rd or 4th pull he finally came loose and we got him out This was the final hurdle for the very eventful day and we where on our way back to Temma 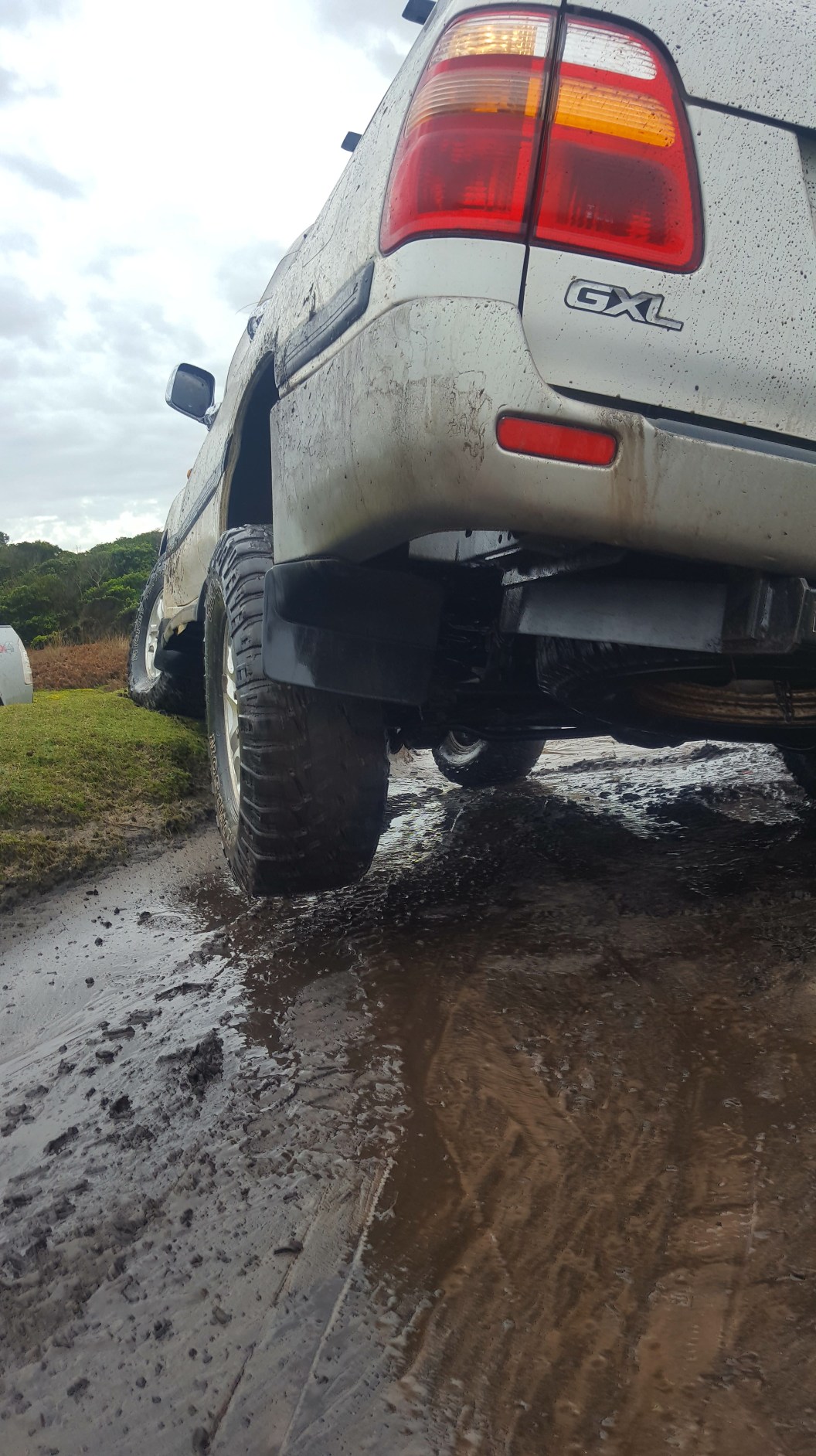 James draining the water out. 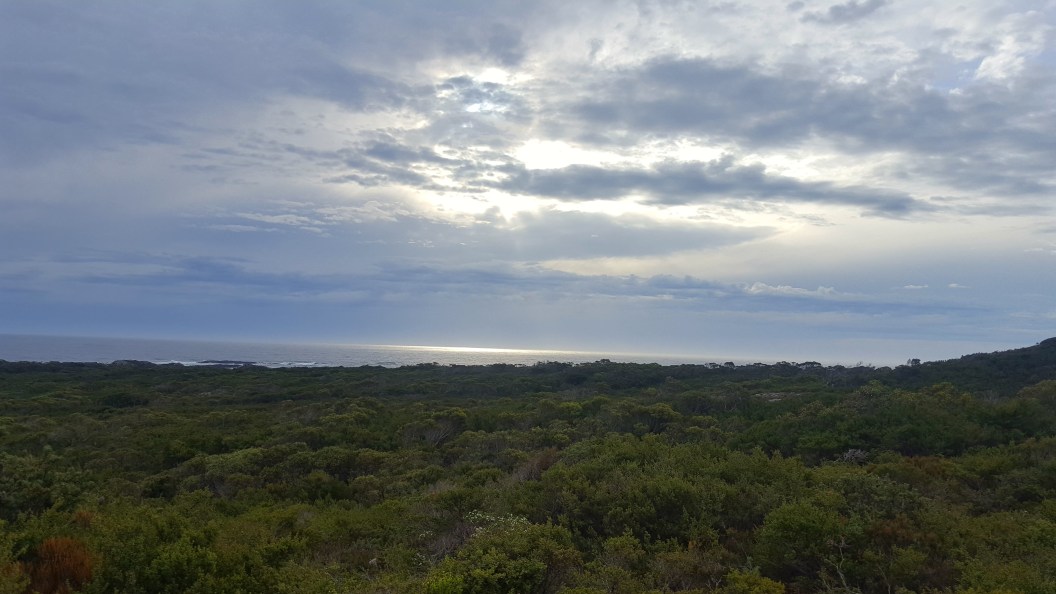 On the way back to Temma and the weather not far off a change.