On Saturday the 6th of Aug we done a trip back to waratah and surrounding areas we were joined by James and Felicity Arnold in the big 100 series, Drew and Emily Gray in the hilux and for a short time Phill and Debbie Whiteway in there beloved 4.8 patrol. (They left us at Magnet as there is no fuel station there).  First stop was Waratah again and this time there was no snow, it looks a lot different without snow.

These photos where taken from nearly the same spots as the other week we where down there when it was snowing (snow trip blog). 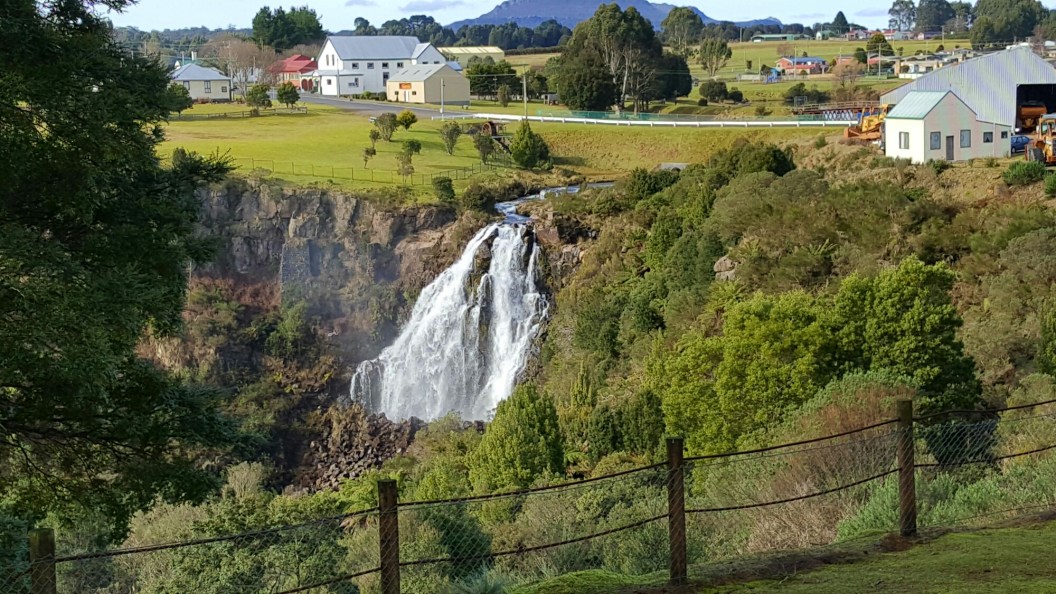 Once we all caught up in Waratah we pushed on to Magnet, Magnet is basically 5km due west of Waratah as the crow flies it is one of the many ghost towns of Tasmania.  It was established in 1894 and sold off in 1940. (Michael Holmes book Vanishing Towns has good info, there is also video footage on you tube narrated from someone that used to live there it is pretty interesting).

The track into Magnet follows an old tramway that used to link all the towns and mines up in the surrounding area it is reasonable accessible. The further you go in the more overgrown it was. 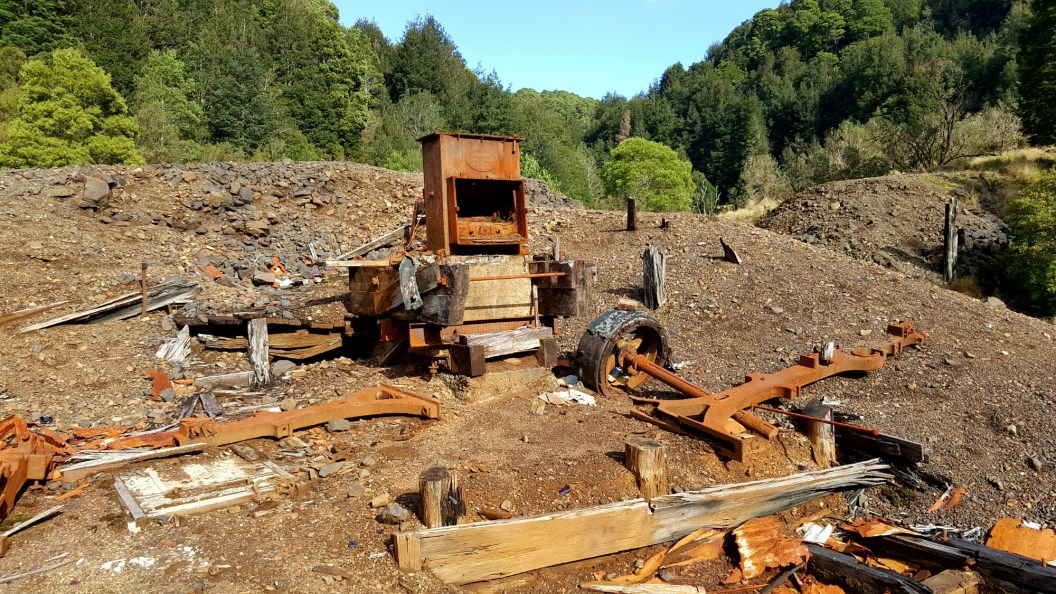 This is the first thing you can see as you come into Magnet, (according to old mate sighting his rifle on the way out) this is the sight of the old Hydro power station that supplied the town and mine there. We didn’t find where the mine was but im guessing we where very close as the ground was all tailings.

After we had a poke around  hear we kept moving on further in but didn’t go to much further as the track was very overgrown and scratching everything so we stopped and had some lunch and James got bogged. Much to our amusement.

After we left Magnet we still had plenty of time to kill so we decided to go have a play at the start of the Coldstream Track (More commonly known as the $1000 track). Out of the group James and I have done this track before, it cost me about $4000 in damage and took us i think 16 hours to do we where stuck in one bog hole for around 5 hours and i think my bullbar of the old 80 series might still be in there somewhere. This time we had a bit of fun just at the start of the track.

james giving the 100 a bath 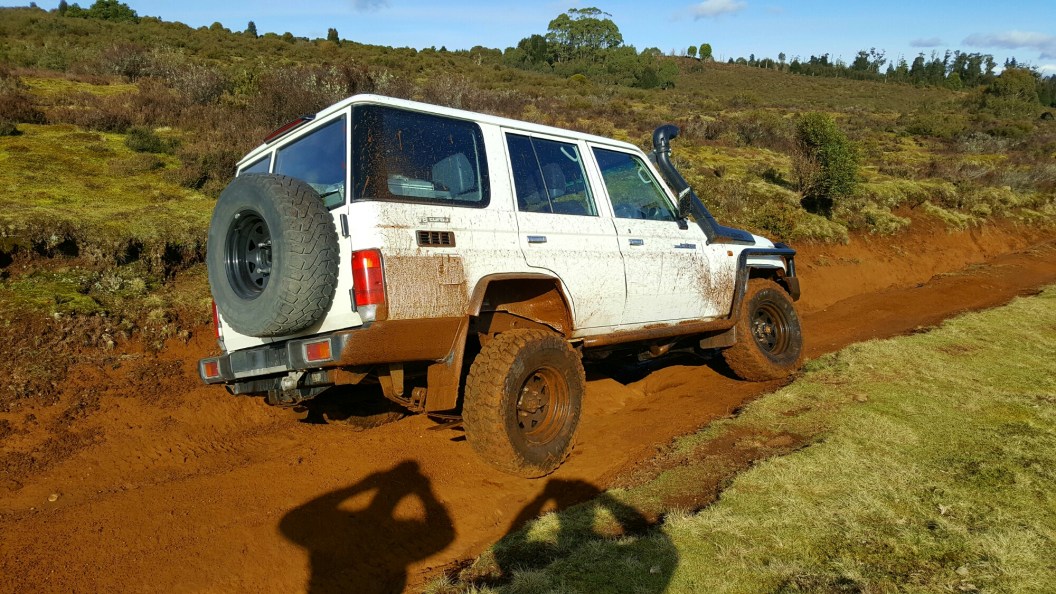 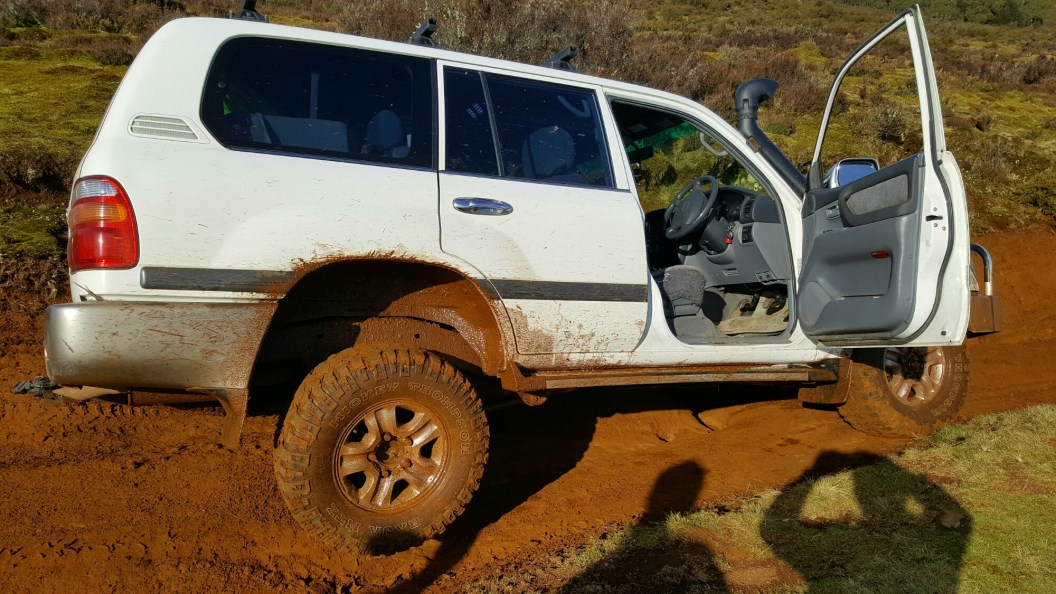 Bit of wheel lift action from the 76 and the 100.
After we had a bit of fun we decided we would drive around and have a look at the hut at the other end of the Coldstream Track,

Unfortunately we came upon this the road had washed away and what made it worse we where less than a km away from it. We had a beer and decided we can’t come this far and not see it so we decided to walk the rest of the way.

It’s hard to tell by the photo but this tree has fallen a few 100 meters from up the hill and just cleared a path on the way. I thought it look interesting considering the bush is so thick. We couldn’t remember if the last creek crossing was passable by foot without getting wet but unfortunately it was so we never got to see the hut which was unfortunate as it is in a spectacular spot

It was a big day but well woth it covered about 400k and took about 12 hours. Thanks to James, Felicity, Drew, Emily, Phill and Debbie  for joining us on the trip.